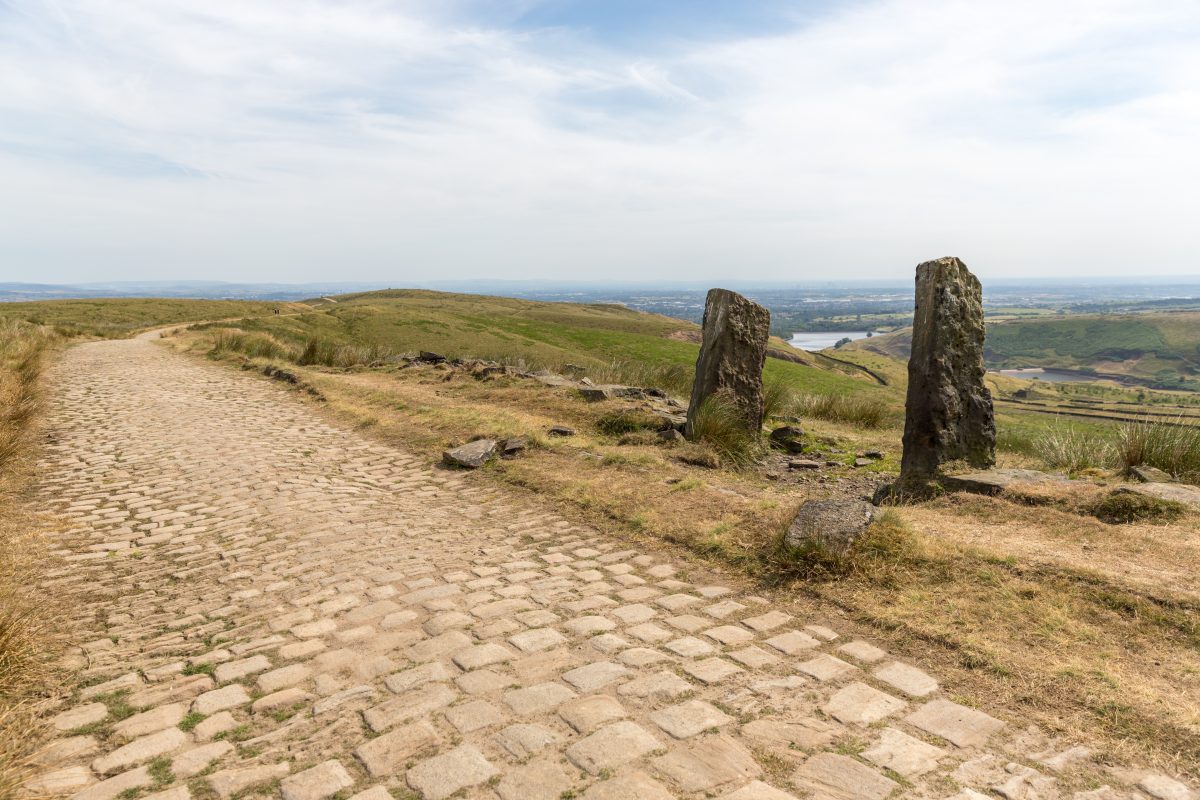 The ‘Cotton Famine Road’ section of Rooley Moor Road could be of National and International importance, it is a reminder of the harsh times cotton workers had to endure during the Cotton Famine and is unique in linking the American Civil War to social changes in our own country at a time when the Rochdale Pioneer Movement influenced social thinking throughout the UK.

Given the poor of Rochdale laid about a third of a million stone setts into the fabric of Rooley Moor by hand, the Cotton Famine Road has to be worthy of preservation!

At an altitude of over 1500 feet this historic feature may also lay claim to being one of the highest roads in England. Enjoyed by walkers & runners, ornithologists and cyclists, this moorland route also forms part of the Pennine Bridleway allowing safe access for horse riders on the Mary Townley Loop.

The upper section of Rooley Moor Road is visible from many miles away (often called the ‘yellow brick road’) and is a prominent part of the North Manchester / Lancashire / West Yorkshire landscape.

We think many people who see the road from afar do not currently appreciate its history or significance, and an underlying objective of the neighbourhood forum will be to improve this awareness.

Our thanks to Mid Pennines Arts for letting us this audio description of the section of Rooley Moor Road known locally as the Cotton Famine Road.

Thanks go to the Manor of Rochdale for giving permission to film and drive on the moor.

Our thanks go to the BBC and David Olusoga for letting us use these video clips.

“The first official mention of the road was in 1729, when Godman quotes the Lancashire Quarter Session as recording:

‘The Court doth enlarge the time to the inhabitants of Catley Lane for the repairs of the highway in Spotland from Spotland Bridge to Gorse Hill Leach ‘till the Midsummer sessions.*’

University of Manchester Archaeological Unit surmises that this referred to the stretch of Rooley Moor Road from Spodden Brook, 2km to the south-east of Catley Lane Head, to the area currently known as ‘Top of Leach’ near the highest point of the moor. Like many roads at the time, the upkeep of Rooley Moor Road fell to the local inhabitants of the area who had to supply all materials and labour. The Lancashire County Quarter Sessions records local people being required to pay a levy for maintenance of Woodhouse Lane by 1746** and Rooley Moor Road again in 1767***.

“Lancashire mill workers sent a letter of support to Abraham Lincoln in 1862 and he replied personally, acknowledging the hardships the people had had to suffer. Local councils including Rochdale organised their own ‘Cotton Famine Relief Funds’ to alleviate the suffering of unemployed mill workers. By March 1863, ‘outdoor relief’ was being given to 19,374 people and, with many other workers on short time, local action was not enough. Later that year, the Public Works (Manufacturing Districts) Act was passed allowing the town’s Board of Guardians to borrow money at a low-interest rate to create projects in areas of high unemployment. One such project was for ‘improvements to Catley Lane’ for which £500 was borrowed****; this may be where the local styling of the ‘Cotton Famine Road’ originated. In February 1864, the Board of Guardians had hoped to borrow twice that amount and construction work was interrupted but had re-started by May with 25 men employed at Catley Lane and at another project to build a workhouse at Marland.”

The ordnance survey map published in 1851 (https://maps.nls.uk/view/102344003) shows Catley Lane finished at the junction with Smallshaw Road, at which point Rooley Moor Road commenced in a northerly direction.

The following is taken from The Annals of Rochdale By R. D. Mattley Note loans for, “Road and Street Improvements” (thanks to Sam Schofield at Historic England for supplying this information):

Bank of England – Inflation Calculator – To see what the values above would be worth today! 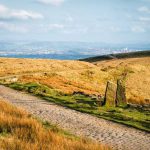 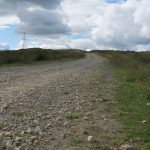 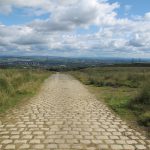 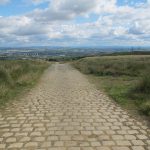 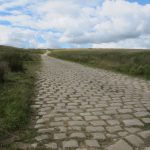 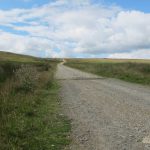