Prickshaw and Broadley Fold was originally designated as a Conservation Area in 1987.

Nestling on the lower region of Rooley Moor and overlooking Healey Dell Nature Reserve it is a fine example of an historic Pennine Hamlet and former textile community. The magnificent views and ever changing scenery stretches from the south of the hamlet taking in West Yorkshire, Saddleworth Moors, the Peak District, Manchester and Cheshire.In contrast, views to the North take in the beauty of open unspoilt moorland. This moorland along with the conservation area of Prickshaw is steeped in history.

It is possible that Prickshaw could have one of the highest densities of medieval Charters in England. Prickshaw was historically a part of Whitworth, having nearly 100 Charters in the Coucher Book of Whalley alone.

Occupants in the area traded land with Whalley Abbey. Each time they made a trade with the Abbey it was written in a Charter. Unfortunately the Charter, which is written in Medieval Latin, has not been fully translated but it is known that the Charters date from around the 13th Century. (The Charters are available on line but they are in transcribed Latin).

The Census dating back to the 19th Century recognises the working population at this time to be around 80 people; cotton carders, weavers, slubbers, stone masons, coal miners and shoemakers were all resident in the hamlet. At the heart of the community was the public house named the ‘Star Inn’ which is now a private residence.

In later years the occupants moved away and the hamlet fell into disuse. However, in 1993 planning was granted for sympathetic restoration and renovation of Prickshaw.

Plaques have been erected on an old stone gate post and can be found opposite the ‘Star Inn’.

It is a privilege to feel part of this community.

People who have the opportunity to live here are usually in it for the long haul as they cannot imagine life anywhere else. From the peace and tranquillity of a beautiful sunny day when your imagination believes you are on holiday, to the contrast of icy winters and deep snow when everyone pulls together to free the cars and grit the bridleway. We wouldn’t want to live anywhere else.

As custodians we owe it to future generations to look after our area and surrounding.

All we ask is that Prickshaw and Broadley should remain one of the gems of Rochdale’s successes. 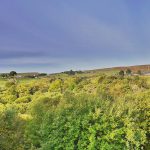 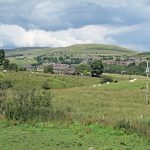 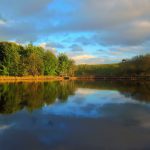 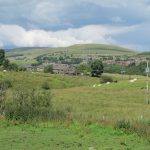 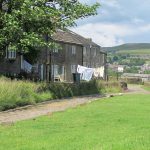