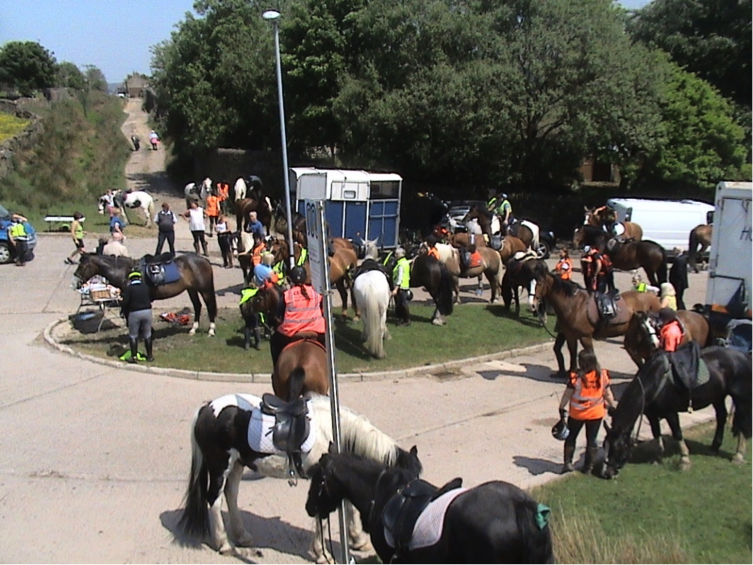 The idea of the event is to highlight the importance of bridleways and byways to horse riders as safe off-road areas to ride and to show riders routes they can use outside of their normal riding area.

This year’s event was blessed with superb weather. Each particpant was awarded a rosette by The Lord Lieutenant of Greater Manchester, Warren Smith. Cosima Towneley, the chair of NFBA, introduced the Lord Lieutenant and described the aims of the event.

The rosettes celebrated the 70th anniversary of The British Horse Society which was founded in 1947 and were also to mark that May is Ride Out UK Month 2018 which is all about raising awareness of off-road riding and the need to protect and restore multi-user routes across the UK.