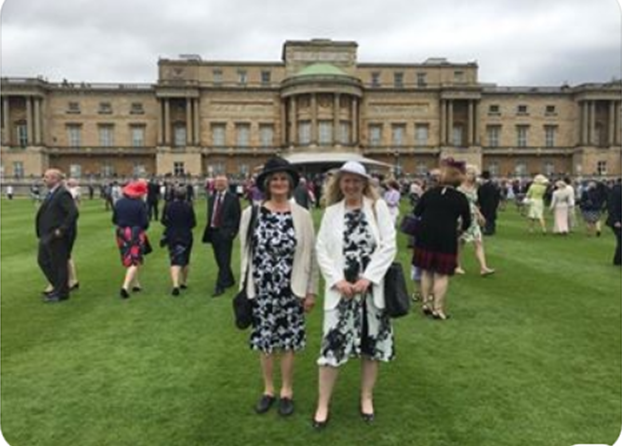 has been recognised by the Queen in her Birthday Honours List and has won a Queen’s Award for Voluntary Services, the group equivalent of an MBE.

As part of the Award two members of RBBA were invited to a garden party at Buckingham Palace.

Information about the Award winners will be published in The London Gazette on 2nd June 2017. This will be accessible on-line.

Later in the year, at a presentation in Manchester, RBBA will receive a signed certificate from the Queen, an English Crystal with the QVAS logo insignia and permission to use the QAVS Logo on all correspondence. The Lord Lieutenant of Greater Manchester will be making the presentation.