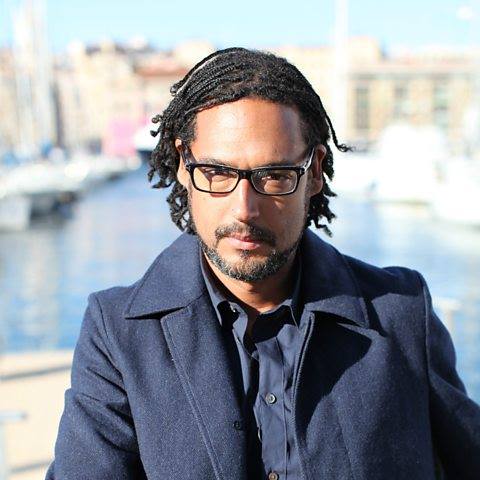 David Olusoga OBE sends his congratulations to everyone involved in Rooley Moor Neighbourhood Forum on delivering their Sharing Heritage project, which was supported by national lottery players via the National Lottery Heritage Fund.

David is the Honorary President of Rooley Moor Neighbourhood Forum and has become a familiar face on British television screens. He is an expert on military history, race and slavery and members of the forum participated in one of the episodes of his BBC, “Black and British: A Forgotten History” series, which gave the inspiration for the project.

David says, “I first became involved with the forum whilst filming an episode for the Black & British series, which included the Cotton Famine Road on Rooley Moor near Rochdale.

At the time it stuck me that this stunningly beautiful area has a fascinating mixed and varied history including weaving wool and cotton before and after the industrial revolution, quarrying, coal mining, manufacturing munitions, the list goes on. Many reminders of this history, such as the Cotton Famine Road, have been left on the landscape and it is reflected in the buildings and architecture of the area.

It was the people who impressed me the most. Rochdale saw the birth of the Co-operative Pioneer Movement, which helped forge social change that was reflected in the attitudes and actions of Rochdale people during the American Civil War. That steadfast honesty seems to have passed down through the generations and it was clear to me that people really cared about the area and were proud of its history and heritage.

Through this National Lottery Heritage Fund supported project, members of the forum have left a lasting legacy. The forum website has become a resource that future generations can explore; there are four visitor interpretation boards in various locations and view finders on top of two of the most prominent hills. All of the signs have QR codes that take you to various History and Heritage pages of the website when they are scanned. The boards also link to four heritage trails where people can print their own copy of the route and download GPX files. The heritage trails are short walks that can be joined together to accommodate walkers of varying abilities.

Congratulations to the whole community for pulling it all together, I’m proud to have been involved!”

David graduated from University of Liverpool’s Department of History before going on to study broadcasting at Leeds Trinity University. He is Professor of Public History at the University of Manchester.

About The National Lottery Heritage Fund

Using money raised by the National Lottery, we Inspire, lead and resource the UK’s heritage to create positive and lasting change for people and communities, now and in the future. www.heritagefund.org.uk